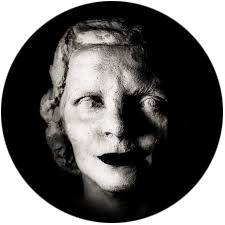 Gerasimos Domenikos
Gerasimos studied photography from 1988 to 1991 after graduating from high-school and started working as a freelance photographer in 1992. He has collaborated with major Greek newspapers and magazines as a photojournalist and a portrait photographer. In 2000 he founded an image production studio mainly working with digital video exploring the emerging new era. His video journalism has been broadcast on major national Greek TV stations and he has published commercial photography and experimental work with video as part of personal pieces commissioned by various magazines. In 2009 he was one of the founding members of FOS PHOTOS, a Greek production company and photo-agency. Between 2010 and 2012 he was chief producer at DOL publications, Greece’s largest and oldest publishing house. In 2013 he co-founded POPAGANDA, Greece’s first multimedia digital magazine.
Tassos Morfis
Tassos is the editor and president of the steering committee of AthensLive. He has worked as a reporter for Greek media and as a news producer for FOS PHOTOS and foreign media including Channel 4, CNN International among others. He has worked as a mentor for the Council of Europe’s Div-A Diversity Accelerator program, which promotes media inclusion and diversity while helping original media start-up ideas to become sustainable. He was also a consultant for digital subscriptions at the World Association of News Publishers (WAN-IFRA) Global Advisory and a 2018 Tow-Knight Fellow at the Craig Newmark Graduate School of Journalism in New York. He is a member of the Onassis Scholars Association and he is currently completing his first feature-length documentary about the shipping industry in Greece.
Sotiris Sideris
Sotiris is of the co-founders of AthensLive and a member of its steering committee. As a 2019/2020 Bertha Fellow, he is now looking forward to investigating Greece’s housing market and the inequities impacting the most vulnerable in society. He is also serving as a teaching assistant in the Department of Communication and Media Studies at the National and Kapodistrian University of Athens. He has worked at the NGO Network for Children’s Rights as the coordinator and editor-in-chief of Migratory Birds, the first newspaper in Greece made by refugee, migrant and Greek youth, and as a producer and researcher for the national TV documentary series 28 Europe. Sotiris holds a Bachelor's degree in Communication and Media Studies from Panteion University of Athens and a Master’s degree in New Media and Digital Culture from the University of Amsterdam. In the summer of 2017, he was granted a scholarship from Stavros Niarchos Foundation to participate in Lede 12, a post-bac certification program on coding and data analysis from Columbia’s Graduate School of Journalism and Department of Computer Science in New York.
Angelos Christofilopoulos
Angelos was the person who conceptualized AthensLive. He studied photography at the FOCUS School of Photography in Athens and worked for almost 20 years as a freelance photographer mainly for Greek print media outlets. Over the last ten years his work has been published in different international media. Angelos is a founding member of FOSPHOTOS and with his work he has contributed to the creation of POPAGANDA. Lately, his work is mainly focused on the social impact of the crisis.
Rachel Maher
Rachel Maher is a media specialist with extensive experience as a manager, producer, and trainer on projects in Australia, Afghanistan, Sierra Leone, Liberia, Sri Lanka, Indonesia, the Balkans, and Greece. Her work has focused on human rights, migration, and conflict and she has worked extensively with displaced and crisis-affected populations. She was a senior project director and consultant in humanitarian information and media development for UNOCHA, UNHCR, Norwegian Refugee Council, Internews Network and BBC Media Action, working on access to information, freedom of expression, innovation and advocacy initiatives. She has trained and managed journalists and producers in West Africa, Afghanistan, and Sri Lanka and is the current President of the board of Engage Media, a video advocacy organization based in South East Asia. Rachel completed post-graduate studies in documentary film and television at the Victorian College of the Arts and gained a Master of Arts in Journalism from the University of Technology in Sydney in 2015. She is currently undertaking Masters' studies in Human Rights Law at the University of London.
Tasos Alexiou
Tasos is a software engineer working as a front-end developer building client-side web applications at Arrikto a startup building decentralized storage for the cloud native world. He has experience building various types of websites and he has been helping AthensLive to develop its technology.
Olga Souri
Olga is an artist, who works with both traditional and digital practices, and the designer of AthensLive. Her body of work varies but its common element is the use of text art. She believes that art is a dialogue and she chooses to communicate her work with the actual use of language. Her themes mainly explore social life, anxiety, the digital self, social media, and how all of these affect contemporary life in general. Olga graduated from University of the Arts London in 2014. She has participated in group exhibitions in London and Athens. In 2019 she co-founded NOUCMAS, a gallery and artist studio space in the centre of Athens.
Despina Papageorgiou
Despina is an experienced journalist. She publishes in- depth reporting and opinion pieces, also interviews with international figures in Greek media. She has worked as a political magazine editor, a radio show editor and as a production agent for major international titles, including Al Jazeera, ZDF and NRC Handelsblad. As a Journalism Instructor in Ambelokipoi Public Institute of Vocational Training, she tried to inspire a passionate approach from students in independent journalism. Despina holds a Bachelor’s Degree in Philosophy from the National & Kapodistrian University of Athens (Greece) and a Master’s Degree in Development & International Relations from Aalborg University (Denmark).